The big, upside-down purple cow returns to graze on the South Bank for an ox-cellent eighth year!   The Udderbelly Festival is back for 2016’s Great British Summer, and we were proud to have worked with Udderbelly for another consecutive year. We produced most of the outdoor print in, on, and around the venue, including […] 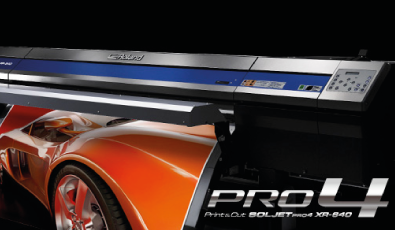 Roland SOLJET PRO4 XR640 Printer  Having one of the fastest printers on the market enables us to provide super speedy printing. The printers efficiency will almost half the production time of print projects! As well as boosting productivity, the SOLJET also produces the highest quality prints, meeting standards we pride ourselves on. The Roland’s white […] 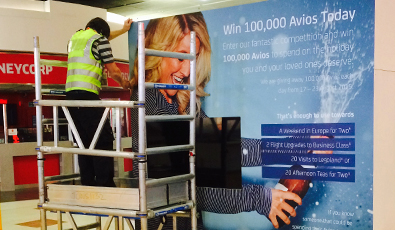 The Concept Foundry installation team worked through the night installing the Avios Interactive Display Stand at Gatwick Airport. The biggest challenge of the night was getting through security! We’re not just printers and fabricators, we also are have a professional 24-hour installation team. Check some of our past work out, big and small, and get in […] 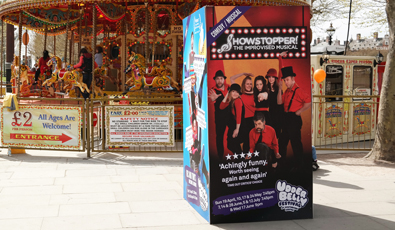 If you head down to Southbank any time soon, you can’t fail to notice the freestanding, promotional cubes advertising the latest acts for the nearby Udderbelly Festival. The cubes have a massive impact when walking along the river, especially during the rare moments of sunshine! They are created by printing direct to media, in this case, […] 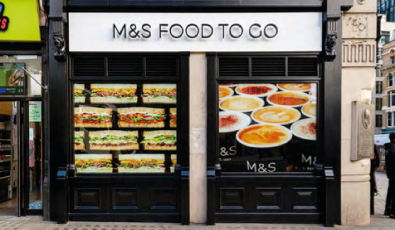 A TASTE OF CONCEPT FOUNDRY AT M&S LUDGATE CIRCUS

Concept Foundry recently printed and installed graphics for a new Marks & Spencer Food-to-Go store in Ludgate Circus, London. This was a two-day installation project and the results are the bold and eye-catching sight we envisioned. The Ludgate Circus site now displays an array of creative print pieces by Concept Foundry, showcasing a range of […] 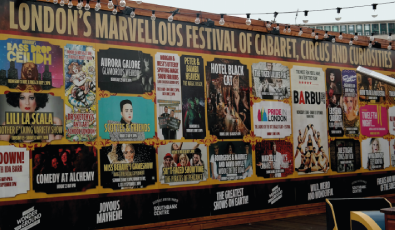 THE WONDERS OF LONDON WONDERGROUND

The first part of Underbelly’s London Wonderground 2016 has arrived on Southbank, accompanied with print work from the team here at Concept Foundry. With a great site, an awesome lineup, and some great promotional material, it looks set to be another season of fabulous entertainment. Underbelly produces London Wonderground, hosting a 1920s Paradiso Spiegeltent, (that’s […]